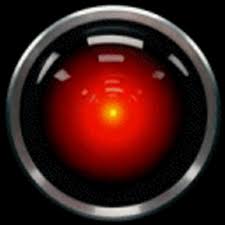 ELDs are going to happen. That was always pretty much the case, but now it is 99.99% sure. The 0.01% chance they don’t happen would involve a Martian invasion, or zombie apocalypse. Possible. Not likely. In the past week or two, the Supreme Court declined to hear OOIDA’s challenge to the ELD law. Not surprising, as the Supreme Court actually hears few of the cases brought before it. The result is, the ELD is now, and always will be law.

I have been surprised at slowly my customers are adopting the ELDs. December 18, 2017 is coming, faster than you think. It takes time to install these ELDs. Everything always takes twice as long as you think it will, whether it be installing a new app on your phone, or installing and implementing ELDs. First you have to install them into each truck. That takes a number of hours. Then you and the driver have to familiarize yourselves with the tablets and the software. That takes several hours, sometimes days, and you have to do it for each driver. For a fleet of 30 drivers, you’re talking about at least a month, maybe two. Finally, and most importantly, are you running legal right now? If you’re not, then you can double the amount of time it’s going to take to implement the ELDs. If you’re promising your customers the impossible, and delivering the impossible by cheating, which is the way it’s always been done…… well, you can’t do that with an ELD.

You will not be able to operate as many miles with an ELD as you do with a paper log. How many miles you lose depends on how badly you are cheating now. An over-the-road driver can probably max out his ELD at around 12,000 miles per month, legally. That’s if absolutely everything goes perfectly. All drop and hooks, no delays, no getting held up at shippers. Just driving, no traffic, in, out at receivers in minutes, etc. And we all know that never happens.

One other thought I had regarding the ELDs. DOT’s CSA system derives its score based on how you compare to your competitors. If you have a 98 Hours of Service score, that means that 98% of your competitors have less hours of service violations at the scalehouses than you do. As everyone rushes to implement the ELDs in the next 6 months, the companies who do it last are probably going to wind up with Hours of Service scores in the 90s. DOT officers often give ELD drivers a very quick look at their logs, while scrutinizing a paper log driver. Naturally, paper log drivers are going to have more violations than ELD drivers. More violations, mean a higher CSA score. The remaining paper log holdouts will have super-high scores, not because suddenly they have more violations than normal, but because everyone else has so much less. This sudden spike in the HOS CSA scores may very well cause the ELD Tail-End Charlies to get audited, probably in early 2018, as they’ll have a very high HOS CSA score, at least for a few months.

DOT audits are much harder to pass than they used to be. DOT bosses have drilled their inspectors to robotically review every last regulation, in an effort to leave no stone unturned. Audits often last a week, no matter how small the carrier is. My advice to the motor carriers is install the ELDs now, and not wait until the December 18, 2017 deadline.